This Manna-Fest package “Angels & Giants” is a teaching that deals with one of the greatest mysteries of the Bible. A race of giants once lived on earth, before and after the flood of Noah. Hebrew Scriptures, early church fathers, and Jewish historians recorded that giants were the offspring of fallen angels that were eventually removed from the earth and were placed in confinement, according to Jude 6 and II Peter 2:4. Before Christ’s birth, it was taught that when these giants died, their spirits became demons, or evil spirits that would possess men and cause sickness and pain. Now available on a 2-hour DVD, Perry reveals a detailed and comprehensive study on “The Mystery of Fallen Angels, Giants and Evil Spirits.” Also inlcuded along with this DVD is a single audio CD entitled, “Is America Headed for Leviticus 26?” Learn how the war on terror, missing bees, high fuel costs, and foreign nations buying out America all parallel the warnings God gave ancient Israel in Leviticus 26, about what happens when his people break their convenant with him! You will be stunned to see how America’s cities may be on the brink of selective judgment. Learn what the church can do to delay it! 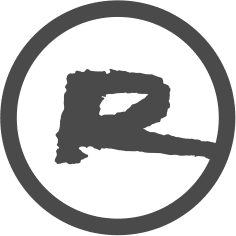